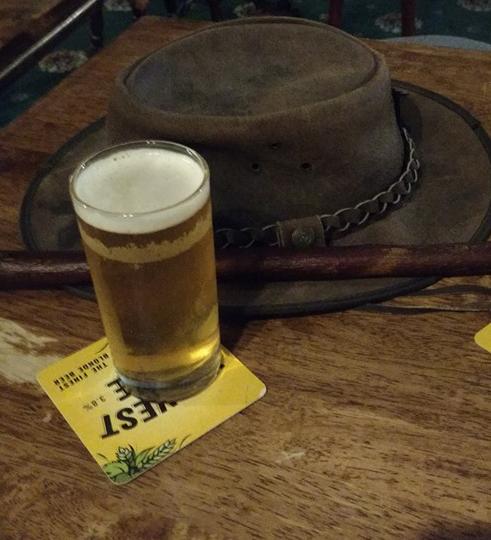 Brother Rabbit from Thornbridge. A pleasant enough beer but not a patch on the Bluebird.

"That's the name of the brewery Max, I don't think its a place, well it might be as well, but this Thornbridge is in Bakewell."

"That," said Max "is where the tarts come from."

"Er, well I'm not sure we're allowed to say that any more Max and anyway they're not tarts they're puddings."

"No, well yes. I was talking about tarts but.."

"Not all tarts are puddings?" ventured Max.

"Tarts are alright so long as they're not puddings?"

"No, well yes. Both tarts and puddings are ok but your Bakewell tart is not a tart ... It's a pudding and it's upside down."

"The tart is the wrong way up?" said Max.

"So you claim an a priori right to decide which way up you should have a tart?" said Max.

"So it's ok to have an upside down pudding?" said Max.

"It's ok for both tarts and puddings to be upside down."

"Really" said Max, "then why mention it all?"

There was a long pause. "Have they returned to having treats on the bar?" said Max.

"And you haven't yet started a campaign to bring that about?"

"Well perhaps I could have a tart then" said Max, "or a pudding?"

"They don't have tarts, or puddings here Max"

"Hrrumph" said Max, "then I have nothing to do here except lie under the table farting"