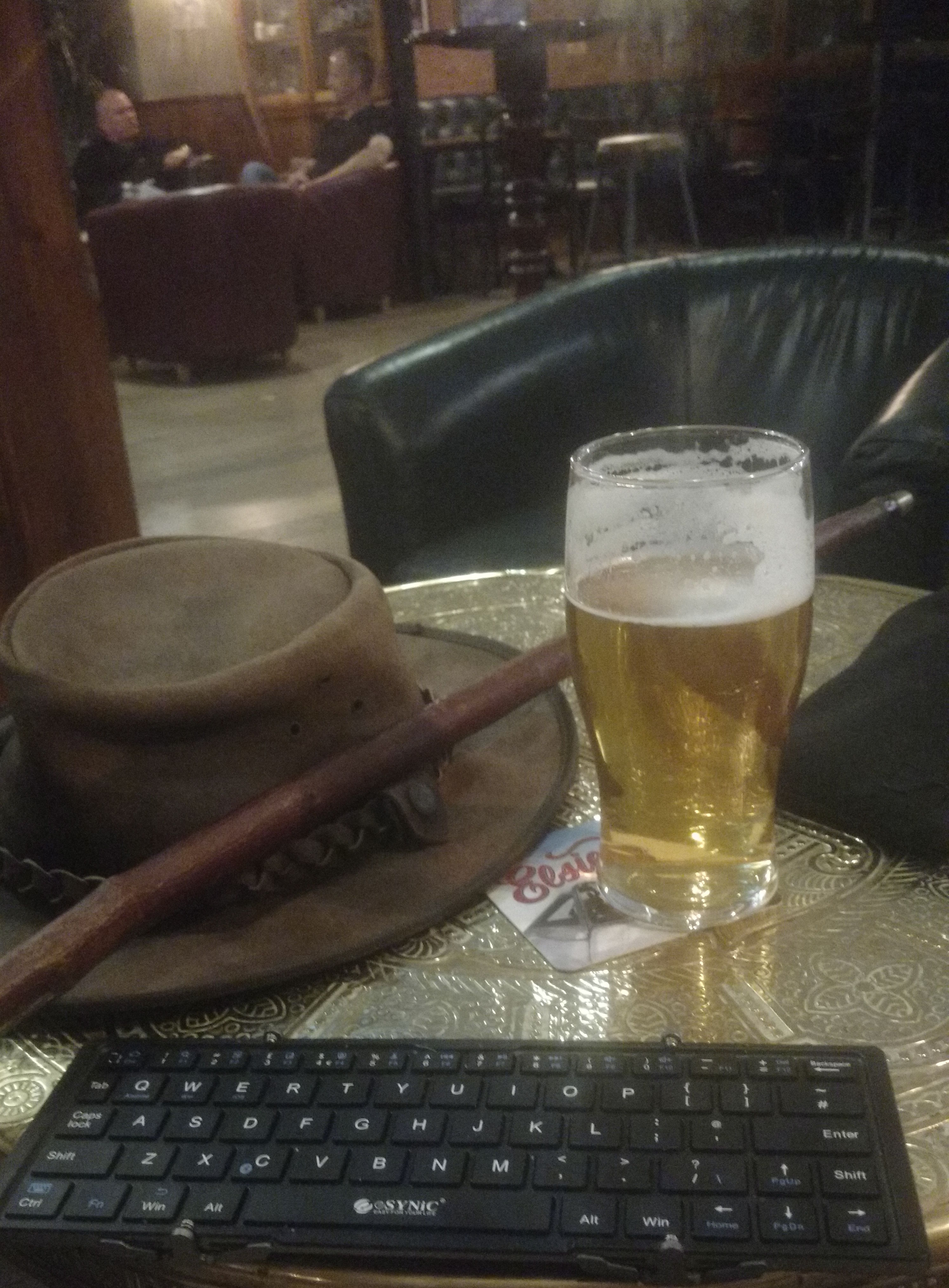 The excellent Oakham Citra again. This time in Boot's no. 2. (now The Embankment), after an interesting evening in the Royal Concert Hall listening to the Britten Shostakovich Festival Orchestra and starring Edward and Freddie Fox.

I found the antics of the conductor a little off putting but the music was very good. I do wonder how effective these exaggerated bodily movements actually are. It seemed that the first violin hardly ever glanced at the conductor's baton during the performance. Perhaps she had seen it all at rehearsal and his exertions were now for the benefit of the audience only.

The Foxes were not good.

“The acting dynasty Max: James, Freddie, Edward, Robin that crew, I think they were all in ‘Day of the Jackal’ and ‘ Performance’ with Mick Jagger .. or was it ‘The Go Between’? I'm not sure, they were in most things a few years ago, or if not them their half sisters and second cousins, once removed.”

“I've heard of Laurence Fox” said Max, “and Jack I think ... Although thinking about it, isn't Jack John?”

“Doesn’t matter, same difference, they’re in most things one way or another, just different ages, covers all the bases that way. Just work out which decade your in and the average age of the main character and there you are, Foxes.”

“Yes.” I said rather uncertainly.

“I'm not sure why they were recruited to do the readings though, their appearance did not seem to have been advertised and I suspect they would have been expensive.”

“No doubt their presence raised the tone? ”said Max.

“Well not really Max, I'm afraid that using microphones for the readings emphasised the poor delivery and the rather hammy performances. I think Edward was already coming off as the worse of the two as the microphone emphasised his sibilance and exaggerated the plosives when he pretty much took the biscuit by loosing his place in the script. He started reading the wrong line, then when he realised he was so doing he backed up to what he thought to be the beginning of the correct line, took an ill advised run at it and repeated the same error.”

“And Freddie seemed to resonate everything rather disconcertingly in his nose which made a disappointingly poor rendition of Hamlet's soliloquy somewhat worse.”

“I see” said Max, “Perhaps it is as well I didn't accompany you, although, truth be told, I don’t recall being invited. ”

“Not wishing to obfusticate Max, but I was sorry to note that there was not a single black face in the orchestra and only one in the auditorium. Now, I had two free tickets as a result of an offer I'd become aware of through the U3A. I cannot believe that had the same offer been made through black and Asian organisations that some small impact could not have been made on that worrying stat. I know it would have been hard to drag my boy along to such an exclusively white event.

“Is this” said Max “supposed in some way to be an explanation of why I was not invited to the performance?”

“Indeed not Max. That would be because you are a dog and only blind dogs are allowed into the theatre.”

“Please,” said Max “do tell me that we are not about to do a routine about blind dogs at musical events.”

“We are not Max but I think you know that?”

“That is as may be but if as your implying, we are indeed of one brain, why are you troubling to raise these matters with me at all?”

“You are my muse Max, my inspiration, my foil.”

“Good grief” said Max looking pained “Does that mean there is much more of this to come?”

“No Max but I should say that know that I could have done a better job of those readings myself and so I am confident that the roles could have been filled by almost anyone with any strength and timbre to their voice (coupled of course with the ability to read). Few I think would need microphones in that auditorium either.

With a little effort most, if not all, of the lines could have been learned, enabling the reader to avoid Freddie's dilemma of continually wondering whether to look down at the text or up at the microphone.”

“And so Max the opportunity to have ethnic minority participation in both the presentation and reception of the performance was missed."

“Yet still” said Max, “the audience cheered the Foxes to the rafters.”

“How did you know that Max?”

“We have covered that I think” said Max “but doesn't that render your assessment of the Foxes contribution to the evening at best, a little suspect?”

“Not at all Max. I might have suspected my assessment of being erroneous had the lady next to me not leaned across and shared her admirable views as to the paucity of the Foxes' efforts but as she said, it did seem that the audience was cheering the performers rather than the performance.”

“Anything else or can we perhaps now turn to the subject of biscuits?” said Max.

“Well I wasn't at all sure about the electronic canon noises in the 1812, not so much because they didn't sound quite right but because they felt like cheating. Otherwise, except for the poor chap with the clapper sticks who started his strokes on time only to have them complete milliseconds behind the rest of the percussion, I should say that the music was excellent and the beauty of the solo violinist's performance was matched by the shimmering of her stunning sequinned dress.”

“By way of an addendum I should state that I am not at all sure why FB thinks the photograph was take at Croyde beach, it wasn't. Not unless the Royal Concert Hall has become a Tardis, which is a rather grand thought isn't it?”

“Your right Max, I could be missing a trick there.”

“Good grief”, said Max, “Could you not focus on taking a petite perambulation and acquiring a few bijou biscuits?”