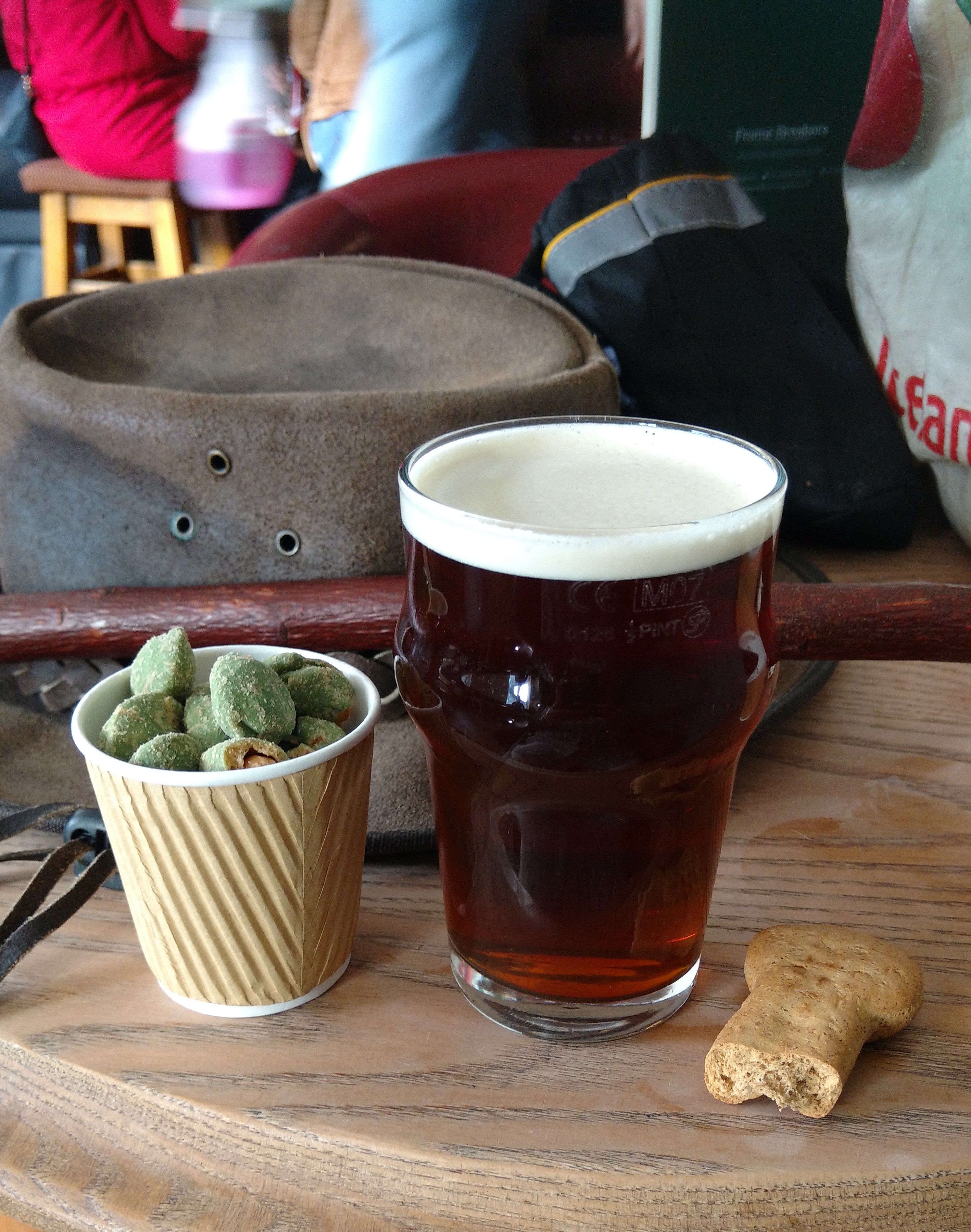 Enefeld Speculation Ale at the Frame Breakers, quite pleasantly following down a Frame Breakers and an EPA. A curious selection of dog treats too.

"What do you think Max?"

"Of the beer or the biscuits?"

"No more do I do" said Max, "Nor do I dance the Watusi but I still have an opinion regarding those who do."

"Fair enough, so what do you make of the Speculation?"

"The beer or the likelyhood of Boris pulling off a deal to carry out the results of a national plebiscite", said Max?

"Well I was thinking of the beer but the political situation is interesting, I was listening to Radio 4 this mornings and .."

"Surely" said Max interupting a little rudely I thought, "the vote was only held on the assumption that the British people would succumb to the relentless propaganda of government, opposition and broadcast media and consequently vote in the approved manner. Good grief they paid for a leaflet to be pushed through every single one of their own letter boxes spelling out how dire the consequences of just voting the wrong way would be. Is it not then extremely unlikely that corporate interests and the establishment will, at this stage, do more than make them try again?"

"Oh? I see but don't you think perhaps, by dint of personality, Boris might get approval for some sort of exit?"

"Why are you telling me this?" said Max. "Do they sound any different?"

"If you can't hear a difference", said Max, "Then in the name of all that's Holy, how the devil do you know how that that I'm saying is spelled 'nieve'?

"But" said Max, "you're the one with the keyboard, I am not responsible for how you spell or misspell what I am saying, and frankly I'm not sure I care."

"It's important though Max, different words have different meanings you know, even if they do sound the same. 'Nieve' for instance means 'a clenched fist', not 'unaffected simplicity', which was, I think, what you meant to say."

"Really?" said Max, rather sardonically, "What I was actually thinking of was 'lack of experience and judgment'; 'credulous' even."

Good grief", said Max lying down on the floor and closing his eyes.

"I could extemporise on the implications of neo-liberalism for the working classes when coupled with continental protectionism? No? Economic growth and it's contribution to climate change?"

I think I'd rather you stuck to beer."

"I'm sure I said nothing of the sort. I simply tried to indicate that my opinions extend beyond subjects of which I have direct experience, that doesn't cover everything."

"No." said Max rather emphatically.

"Well if I was to have another one of each, perhaps I might venture a thought or two ..."